The PLEDGER consortium has prepared several demos to showcase integration with the different core components.

The demo described in this post is also available on [YouTube] and shows the integration among the following core components:

•       ConfService, managing the configuration of the DSS

•       DSS, responsible for the decisions about scaling, offloading and resource/latency optimizations

•       Orchestrator (E2CO), that actuates the DSS decisions over the infrastructures

•       Benchmarking, responsible for the benchmarks of the different infrastructures

•       AppProfiler, profiling the Apps and notifying which is the best Benchmark for a given App

•       Stream Handler, used as an async communication bus based on Kafka 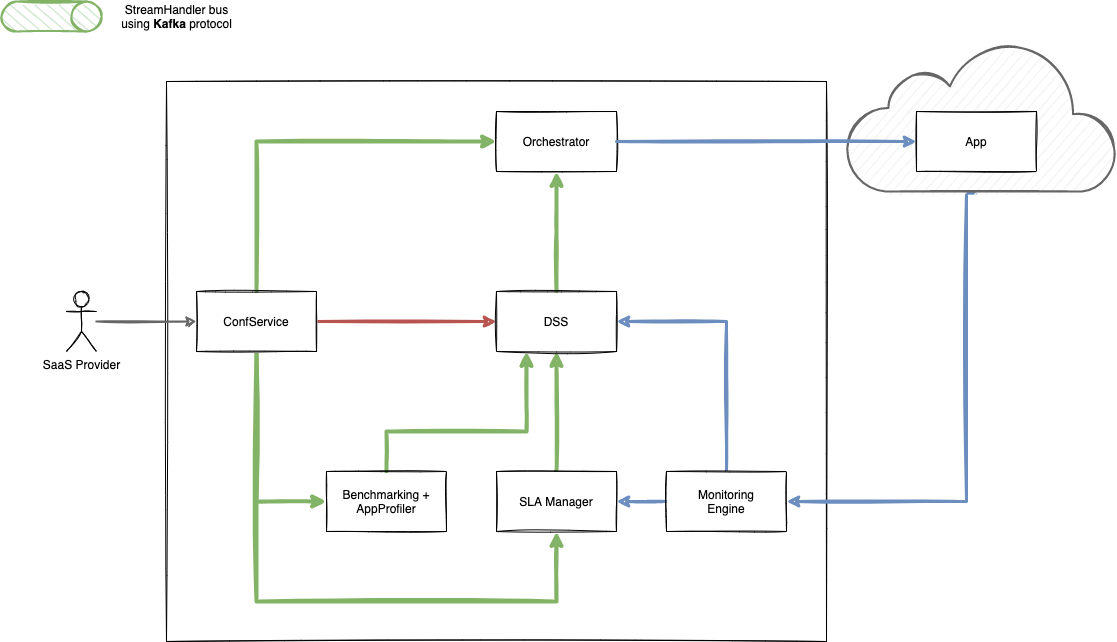 In this demo, a service provider wants an App to run and fulfil some SLAs and to run the App on the edge as much as possible. The goal is to show how a test App is configured, started, monitored, offloaded from edge to cloud and back to reduce SLA violations.

We use infrastructure from different partners (FILL, ENG, i2CAT). In particular, the configuration used is the following:

•       A Service Provider from one edge infrastructure owner (FILL)

•       Infrastructures are already configured: edge (FILL, based on Docker) and multiple cloud (ENG, i2CAT, both based on Kubernetes)

•       Apps are already configured, along with their Services, SLA, Guarantees and Deployment Options

•       The SLA and Guarantees are configured to generate an alert when the cpu load increase. CPU load is simulated with “ab” tool

•       Data from Benchmarks and AppProfiler label matching have been already received by the DSS and used to choose the best Node where to run the App.

•       an App, with Service, SLA, Guarantees and Deployment Options

•       the App monitored, and an SLA violation is received when some load is artificially generated

•       the App monitoring continues, with no SLA violations

the DSS triggering an offload back to the edge